What we do: We are making sub-seasonal forecasts for time periods of high probability of cold air outbreaks in Eurasia and North America 30-40 days in advance. We issue such forecasts on a weekly basis and this website is updated around Thursday each week.

New Forecasts Made on March 17: 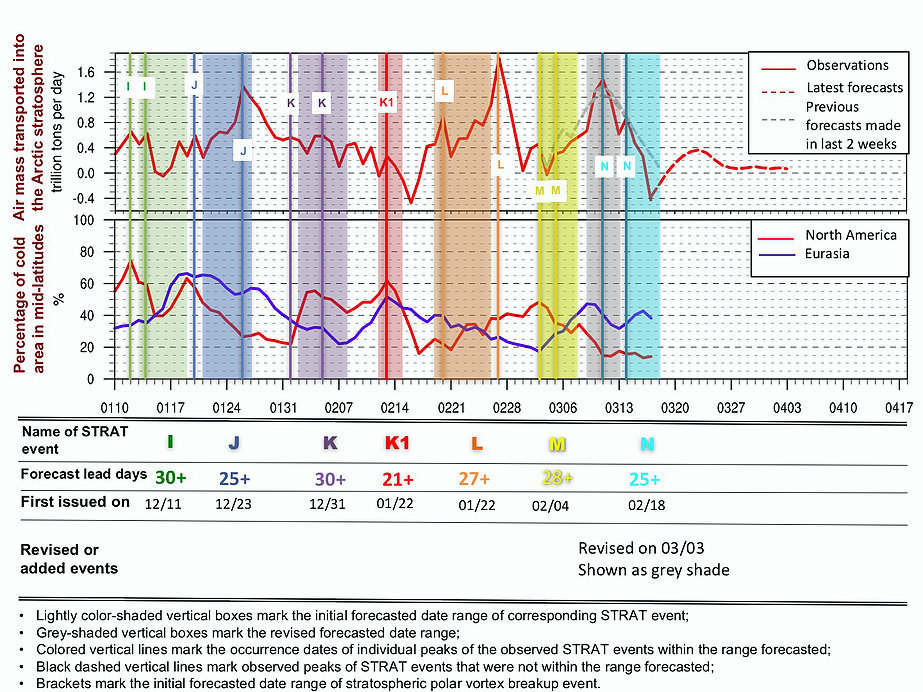 New Forecasts Made on March 17:

No new forecasts are made in this week. 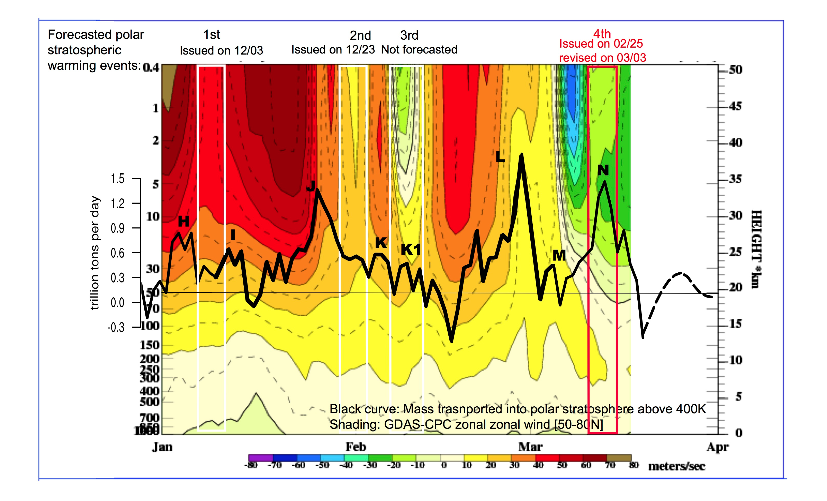 STRAT_N (03/09-03/13), first forecasted on 02/18 to occur during 03/14-03/18, and revised to the period 03/09-03/13 on 03/03, took place during 03/09-03/13, with its peak occurring around 03/11. The peak intensity of STRAT_N was 1.5 trillion tons per day and driven mainly by stronger wave activities of wavenumber 1. Associated with STRAT_N were cold air surges over Eurasia during the period 03/07-03/12 and the period 03/14-03/17, and several days afterwards (03/19-03/24), mid-latitude North America will experience a round of minor cold air surges.
In last week's forecasts, we mentioned a stronger equatorward cold air mass transport out of the polar region near surface in the last week of March, which is expected to cause cold air outbreaks over midlatitude regions of both continents, particularly North America. We are continuing to forecast that event in this week.